We are a large, London-based choir that performs a wide range of classic choral and contemporary works in and around London, the UK and abroad.

Medici Choir was established in 1951 to perform during the Festival of Britain. Then it was known as ‘The United Hospitals Festival Choir’, and most of the choir members at the time had some connection with hospitals in central London.

Today the choir is a friendly and diverse group with members from many different professions and walks of life and rehearses on Thursday evenings in Covent Garden.

As well as three regular London concerts a year, the choir takes part annually in a Christmas carol service, sings at private commercial events and weddings, and at festivals abroad. Medici Choir has performed in Prague, Berlin, Paris, Venice and Rome, the Wolfgangsee region of Austria, and Mallorca. The choir regularly performs with the Brandenburg Sinfonia.

Our Musical Director is David Gostick and our rehearsal pianist is Phoebe Yu.  We are a non-audition choir and welcome new singers with a good standard of sight singing.

We are delighted to announce our Summer concert will be held on Friday 1st July 2022, 7.30pm

This concert is given in celebration of the 70th Anniversary of Medici Choir and in memory of the late John Baird, our esteemed former Director of Music who worked with the choir for 50 years.

To book your tickets please go to: Order Tickets Here

We Are Now Recruiting for New Members

We are now seeking new members to join our choir.

If you are a London based singer we’d love to hear from you.

We welcome singers at all levels of experience and ability.

[Please note that we are a non-audition choir.]

If you’d like to find out more about joining us, please drop us a line by clicking here. 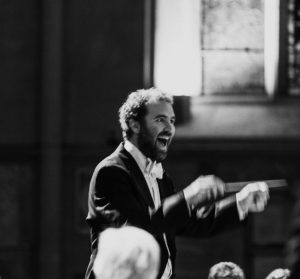 David Gostick’s relationship with Medici Choir began in the summer of 2003, and he has conducted several major performances with them.  His busy conducting career encompasses choral, operatic and orchestral work. He is conductor of the Bournemouth Sinfonietta Choir, Dorset’s leading chamber choir, with a strong reputation for contemporary music. With the Portsmouth Choral Union and Southern Pro Musica he has recently made the first recording of Samuel Wesley’s masterpiece Confitebor Tibi, Domine. He has led the same forces through significant repertoire such as Verdi Requiem, Britten War Requiemand Elgar Dream of Gerontius. Having spent 13 years directing the cathedral-style choir of men and children at Wimborne Minster, he now works at St Bartholomew the Great in Smithfield. London’s oldest extant church, St Bart’s boasts a professional choir and exceptional high church liturgy and music.

Outside the choral world David has worked with opera companies including Dorset Opera, OperaUpClose, CoOperaCo and British Youth Opera, with orchestras such as Bristol Ensemble, Hampshire County Youth Orchestra, Bournemouth Philharmonic, Salisbury Sinfonia and Salisbury Baroque, and as a pianist and musicologist.

David is delighted and honoured to have been chosen as the next conductor of Medici Choir, and to be a part of the next exciting stage of the choir’s life.

Phoebe Long-Ching Yu, is a collaborative pianist based in London. She recently received her masters degree of piano accompaniment with distinction at the Guildhall School of Music and Drama studying under Professor Pamela Lidiard.  Yu has performed a wide range of repertoire, including piano solo as well as extensive vocal and instrumental accompanying. She was invited to perform in the St. John Smith Square and the Barbican Concert Hall which is part of the LSO Guildhall Artist Platforms.

Yu was the Head of Music Department of True Light Girls’ College in Hong Kong and had been actively participating in musical events and music education. Under her baton, the school choir won several competitions and was invited to perform in Taiwan.

Currently Yu is the repetiteur of the Medici choir and piano teacher at West London Free School Primary.

Brandenburg Sinfonia is one of the most dynamically versatile musical organisations in the country. It is renowned for its special quality of sound and poised vivacity in performance.

The orchestra performs regularly in the majority of the major venues across the country and in London at the Barbican Halls, Royal Albert Hall, Queen Elizabeth Hall, Fairfield Halls and St John’s Smith Square.

Brandenburg Sinfonia is also in great demand abroad and has, in recent years visited France, USA, Bermuda, the Channel Islands, Barbados, Cyprus, Malta and St Petersburg. The varied range of activities undertaken by the orchestra include a major concert series at St Martin-in-the-Fields and a major Classical Music cruise on the QE2. 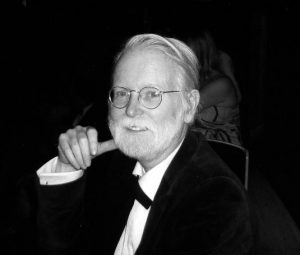 John Baird, musical director and composer, hailed from Greenock in the west of Scotland. Despite making London his home since his college days, he maintained a strong affinity with Scotland, and its influence is apparent in much of his music.

John studied under Herbert Howells and Sir Adrian Boult at the Royal College of Music. Subsequently, he divided his career between composing, conducting, playing and teaching, mainly at Westminster School, becoming Director of Music there in 1983 and Composer-in-Residence from 1966 to 1999.

On retiring from Westminster School, a career largely spent in the environs of Westminster Abbey, alongside composing and teaching, John was organist and choirmaster at St Mary Magdalene Church Wandsworth Common.

John originally joined the choir as a bass while studying at the Royal College of Music, then took over as the choir’s accompanist a few years later. He became conductor of the United Hospitals Festival Choir (as Medici Choir was then known) in 1966. He was the choir’s Musical Director for 52 years. He is greatly missed.